How to Write a Research Paper on Jose Rizal 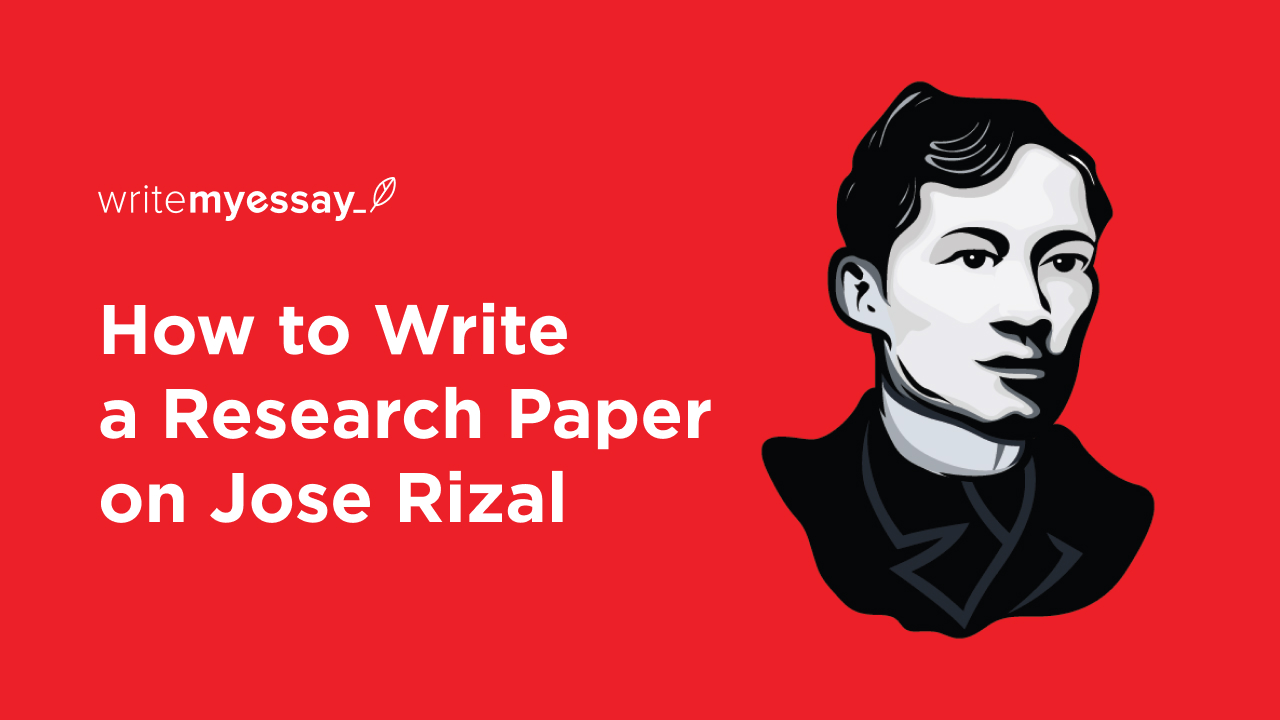 How to Write Research Paper on Jose Rizal 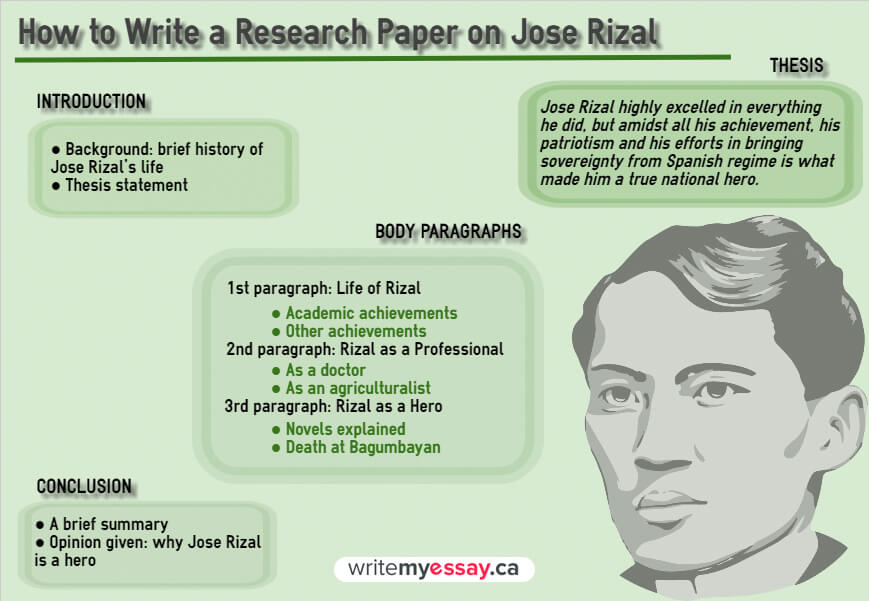 How to start a research paper on Jose Rizal

On starting a research paper about Jose Rizal, there are a lot of things to take into account. The initial step is to research who is Jose Rizal. A brief summary of the information you collected about Jose Rizal should be written along with the points you wish to put emphasis on.

In summary, Jose Rizal is the Philippine national hero who gave his life for the freedom of the Filipino people during the Spanish regime in the Philippines. He was a multi-talented man since he was able to draw, paint, and was good at sports, especially in Arnis (a Filipino sport which uses two wooden sticks – pair – in a fight, the equivalent of fencing in western terms), excelled in academics, was a teacher, doctor, agriculturalist, and many more.

One can write the above as an introduction as well and after gathering all the necessary data, it is now time to outline them. Make sure you are able to categorize each data found properly so that making the context of your essay would be easy and sufficient.

Typically, a person would find a thesis statement first before writing an outline; however, this process is interchangeable so if you have not found your thesis statement yet, the better organized the files are, the better it is for the students to find out what they wish to discuss in the essay.

Once both the thesis statement and the outline are done, then the next step is to write a brief but detailed introduction about Jose Rizal and then the rest follows.

In general, an outline is a way of properly arranging and developing the writer’s ideas. Its general purpose is to help the student organize his or her paper and see if each of the ideas is able to connect with each other.

It is important to keep each of the ideas listed in the outline short since the longer contents or the detailed contents must be written in the body and that the outline should stick to the main point of the essay. Below is a sample outline of what you can write about Jose Rizal:

How to write an introduction

The introduction of the student’s essay about Jose Rizal should contain a brief history of his life in order to give the readers some insight into the topic. The introduction is crucial to the essay since this is the part where they will either be able to catch the reader’s attention or not at all. Here are some tips on how to make the introduction:

How to write a thesis statement

The thesis statement will be the center topic for all the subsequent supporting paragraphs. It is usually composed of one to two sentences that state the topic to be discussed in the research paper.

Jose Rizal highly excelled in everything he did, but amidst all his achievements, his patriotism and his efforts in bringing sovereignty from the Spanish regime are what made him a true national hero.

Ever wondered what it took to be a national hero? For some of us, it means to be a soldier and save the lives of other people; however, there are other more peaceful means in achieving this status as exhibited by the national hero, Jose Rizal. Jose Rizal highly excelled in everything he did, but amidst all his achievements, his patriotism and his efforts in bringing sovereignty from the Spanish regime through peaceful means are what made him a true national hero.

The body paragraphs will contain the supporting sentences which are included in the initial outline. Ideas, data, or any other information will be elaborated on in this part of the essay. It is important to effectively write this since, in a sense, the body paragraphs are the bread and butter of the entire essay.

Jose Rizal was an excellent student, both in physical activity and academic activity. He was able to draw, paint, and sketch at the tender age of seven and landed a spot in one of the top universities in the Philippines when he was in college. He even had more than two degrees, one of which is being a doctor and later on having the specialty of being an ophthalmologist for the sake of his mother.

As a professional, Rizal devoted his time and effort to help out people. As a doctor, he cured the sick and performed surgery on their eyes with his mother as his first patient when he found out she went blind. He was also known to have set up some clinics in parts of Hong Kong and made sure that treatment was affordable for his patients.
He was also an agriculturalist, creating a haven for citizens in the Rizal Park where a vast amount of greens grew.

Jose Rizal was dubbed as a national hero for various reasons; however, the most prominent reason being his peaceful means of achieving peace for his nation. Through his novels Noli Me Tangere and El Filibusterismo, he was able to ignite the passion of his men to fight for their country’s freedom through propaganda and reforms instead of violence.

How to finish a research paper on Jose Rizal: Tips on conclusion writing

The conclusion will mark the end of the research paper. Any paper will not be completed without a brief conclusion that will act as a summary of a paper. This part of the paper will determine if the thesis statement was properly supported or proven.

Jose Rizal lived a life full of achievements, from an excellent academician to a savior of a doctor, and even as an artist through his work with the park he made; however, amidst all these talents, Jose Rizal was a true patriot. A real comrade in arms, and a true national Filipino hero.

Try to consult the research paper with peers. They could make sure that the paper is on point or even a professor for better validation.

Be mindful of grammatical and spelling errors as well since even if one is able to get the main point across, the improper means of communicating the message about Jose Rizal in the essay would not understand nor appreciated and will just be brushed off as just another typical essay. 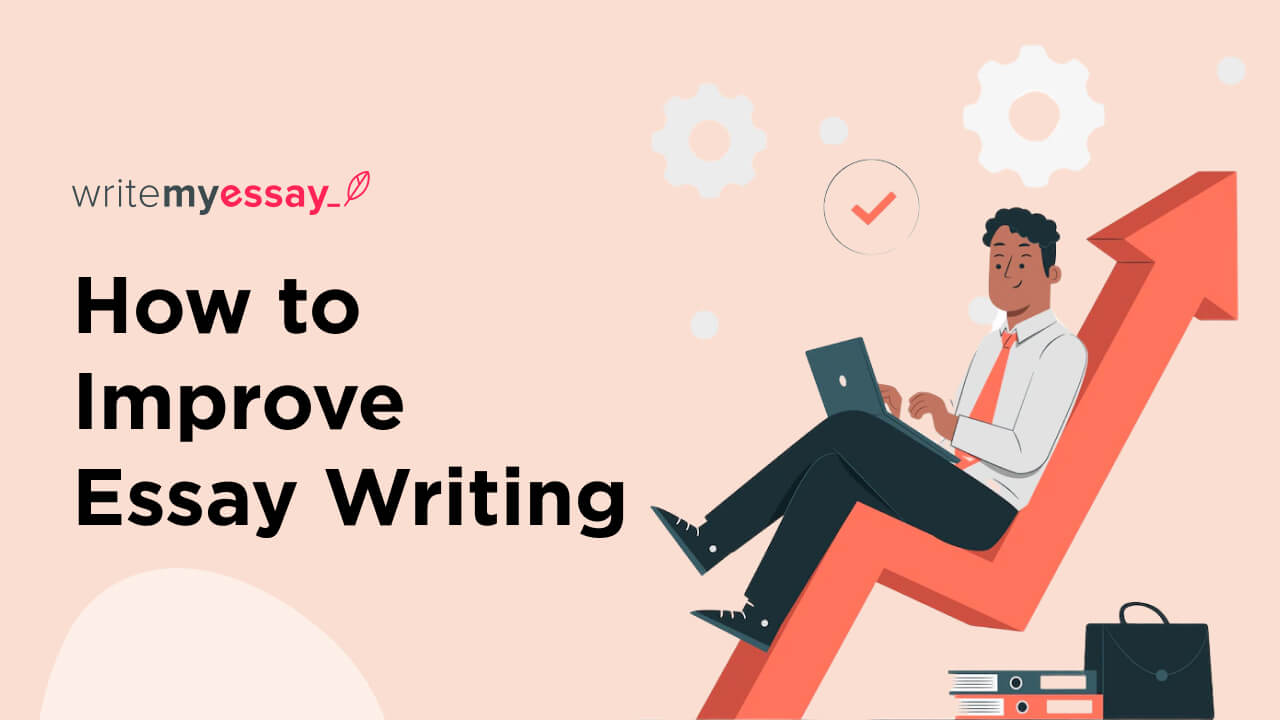